The CRDMS promotes the interest of physicians and patients of African descent as a collective voice of Los Angeles physicians. 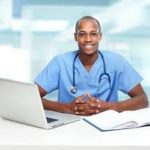 Leading force for parity and justice in medicine 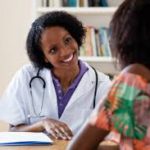 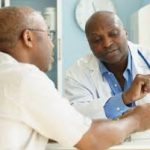 The Charles R. Drew Medical Society (CRDMS) is a 501(c) 3 physician membership organization. It is the local affiliate of the National Medical Association, the largest organization representing African American physicians in the United States. The CRDMS seeks to increase the participation of persons of African descent in the medical profession and effectively advocate for equitable health care access for all communities.

The CRDMS membership includes licensed and retired physicians, residents, fellows, and members of the Student National Medical Association. Affiliate Membership is open to those with a major interest and/or expertise in medicine. Meetings are held monthly from September through June.

The CRDMS began as a physician and surgeon’s literary and social club in 1948, when the American Medical Association excluded physicians of color. The CRDMS takes its name in salute to Dr. Charles Richard Drew, a brilliant African American physician-surgeon and alumnus of Howard University who died on April 1, 1950. Under the auspices of Leonard Stovall, the first meetings were held at his offices on Jefferson Boulevard and Stanford Avenue.

CRDMS accomplished the 1972 collaboration with the LA County Board of Supervisors to build the Martin Luther King Hospital in the community with the highest need and farthest from the nearest hospital. Member private practices grew into self-owned and managed Independent Physician Associations (IPAs) and Urgent Care Centers, along with the establishment of the Watts Health Center and its satellite facilities.

Activities include practice development, mentorship, community outreach and continuing education. By targeting medical, psychological and social issues the CRDMS reaffirms its dedication to improving the health status of underserved and disadvantaged communities